In this review, we’ll look at a reissue of a classic Chinese aviation watch, the Seagull 1963. Read on to learn about this unique watch.

With a Swiss-based movement and a vintage design, this watch is one heck of a conversation starter.

The Tianjin Sea-Gull Watch Group, commonly referred to as simply “Seagull,” is one of the biggest watch manufacturers in China by volume.

The company, founded in 1958 as Tianjin Wuyi Watch Factory, has over 50 years of experience in the business. An early pioneer in Chinese watchmaking, Seagull’s ST5 is the very first watch movement to be 100% built and designed in China.

Since 1997, Seagull has become a major player in the global watch industry. Incredibly, today, Seagull manufactures a quarter of the world’s mechanical watch movements.

In the golden age of Swiss watchmaking, there were three major movement manufacturers in Switzerland– Venus, Valjoux, and Lemania.

In the 1960’s Venus needed more space for the caliber 188 chronograph movement. They put the rights, plans, and machinery necessary to manufacturer their older model, the caliber 175, up for sale.

Although the USSR was not interested, China was. After purchasing the caliber 175, the Chinese government assigned the Tianjin Watch Factory to develop a reliable watch for airforce pilots.

The secret code for this official aviation watch was ‘Project 304,’ although it was sometimes also called ‘the 1963.’

After several prototypes, the final version was unveiled in 1963, becoming the official watch of the Chinese Air Force. Despite the monumental effort it took to develop ‘the 1964,’ only 1400 watches were manufactured.

As the Chinese watch factory grew, they began making watches and movements under the English name, ‘Seagull.’

Over the years, they’ve released multiple takes on the Seagull 1963. There are many different remakes, each emphasizing different design elements. Special features have included: 19 and 21 jewels, different dial colors, acrylic crystal and sapphire, and a range of dial sizes.

The text on the dial of this watch varies between models, which leads some people to question the authenticity of certain models.

In my opinion, these reissue watches are all “copies” of the original, so I wouldn’t worry about this. Just enjoy this bit of Chinese watchmaking history on your wrist.

The box that it arrived in looks like a military ammo box. It’s made of wood and painted olive green with a red star on the top of it, reminiscent of the watch’s military origins.

Opening the box, I discovered a charming timepiece on what I’d consider a subpar nato strap. When I flipped the watch over, the movement under the display caseback stole the show.

If you’re a fan of The Slender Wrist, you probably want to know if this watch will fit a smaller wrist. Rest at ease — with 38 mm, 40 mm and 42 mm diameter versions, Seagull’s got us small wrist dudes covered.

The watch is thick, 14 mm tall because of the movement and the domed crystal. The lug to lug size is 46 mm, and the lug width is 18 mm. With these measurements, you can easily find a replacement strap if desired.

The case is made of polished 316L stainless steel. On mine, the crystal is acrylic. This is more authentic and easier to polish. Faithful to the original, both versions of crystals are domed, lending a vintage feeling.

The crown and pushers are well proportioned with the rest of the case. The crown has an engraved star on it — a nice touch on Seagull’s part.

And we arrive at my favorite part of the watch, the exhibition caseback.

This makes it possible to admire and study a mechanical chronograph movement without opening the watch.

You wouldn’t think that gold, red, blue, and brown colors would look good next to each other, but somehow, the Seagull 1963 makes it work.

The base is a brown tint crème dial and the indexes and numbers are gold-plated. Then there is a gold outlined red star at 12 o’clock.

The hands are blue, except for the hand which counts the seconds when the timer function is on.

The information on the dial is variable, like the number of jewels is written in Chinese ’19 ZUAN;’ but there is a sign 中国制造 which means ‘Made in China.’

To me, the most exciting part of the watch is its movement. The Seagull 1963 has a hand-winding column-wheel mechanical chronograph movement.

As I mentioned, the original project 304 featured the Seagull ST3 in it. However it has since been updated to the ST19. As the name and text “19 ZUAN” on the dial indicates, it has 19 jewels.

The accuracy is 10 s/day, while the power reserve is 42 hours. That said, there have been some reports of a 51-hour wind.

It has an Incabloc anti-shock system and 21,600 beats per hour. The subdial at 3 o’clock is a minute register, while the one at 9 o’clock displays the running seconds. The red second hand is activated when you click the pusher at 2 o’clock and you reset it by using the other pusher at 4 o’clock.

The watch arrived on a green nato strap. Its edges are sharp, but that’s almost to be expected from a mass-produced military strap.

I do not have experience with other straps from Seagull, but the watch is an ultimate strap monster. You can change the straps if you want to find the best. Spoiler alert, it will work on most.

Here are the pros and cons of the Seagull 1963 watch:

A note about shipping: While not directly related to the watch, shipping is a component of the customer experience. I just have to say that the shipping was a big disappointment.

According to the company’s online store, the shipping is only 1-3 business days from their Belgian warehouse using DHL Worldwide Express. While that might be true, to me, it seems like they did not have my watch in stock because it took three weeks after placing my order for it to arrive.

On the other hand, the packaging makes me forget about the shipping issues. As I mentioned earlier, the watch arrived in a wooden box that has a real vintage army vibe and protects the watch well.

To sum up my experience and thoughts on the watch: the case looks and feels perfect on my 17.5 cm (6.9 inches) wrist after I swapped the strap. I enjoy wearing it, and I’ve also received a few compliments.

I don’t have any problem with the power reserve. About the movement, sometimes I used the timer, and it worked fine.

It’s well-made but still feels like an old piece. If you like vintage but don’t want to buy a used watch with unknown origins, you can’t go wrong with the Seagull 1963. It’s also a watch for history lovers and watch collectors alike. All things considered, I was satisfied with this watch.

I'm a university student with a passion for horology. I collect watches and document the memories with them. As a side effect, I try to improve my photography skills, and recently write, too. 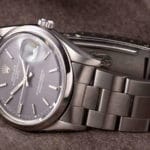 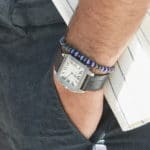 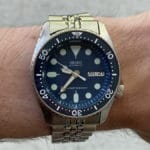 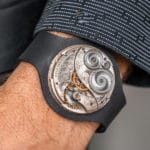